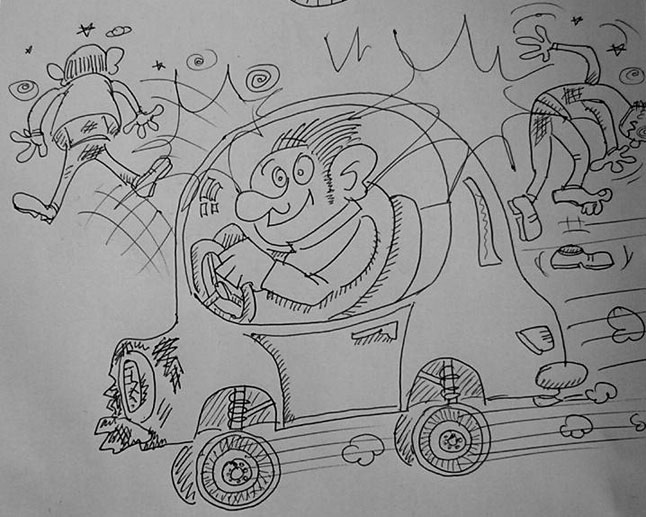 In Greece there is no definite rule. You are free to drive on either lane. Another minor detail is that contrary to the US laws, here, it's the driver that has priority over the pedestrian. So when a pedestrian tries to cross a street, both the car and the pedestrian will have to accelerate as fast as possible in order to pass safely.

Several other things have altered meanings here. The stop sign means not "come to a full stop", rather, "decrease speed by 10%".

Needless to say that drivers of old cars and 18 wheelers have the highest priority of any moving object.

A friend of mine taught me to respect drivers of old cars. Once he was driving with his 50 year old, bump ridden, Opel Capitan slowly across one of the major highways here in Athens. A guy with a fresh new Miata was honking madly behind him because he was cruising at a lower speed, so when finally he let the Miata guy pass by, the guy gave my friend the finger.

Then, the Miata guy stopped at the next light. My friend, who saw the Miata stopped from afar, decided to use not his brakes, but the Miata to brake. So he rammed the age old ridden and bumped Capitan onto the stopped Miata at 40 miles per hour.

When the other guy got out, the conversation was pretty simple:

"Sorry, bud, my brakes have a problem. Here's my insurance..."